It’s a steamy hot day and we’re all weary of the setting western sun cooking the black plastic of the synthesizers in the window. It’s all a fitting signpost of what is to come on the summer solstice, although instead of two in the audience there will be 2,000.

M&R what have you guys been up to today?

AL We’ve just been jamming today. We started at 1 o’clock

R&M Is that how you do it? when you play your live sets?

R&M is that how you wrote the music for your records? is that how the other artists on your label analogue attic do it?

AL yeah I feel like Tuc would have a very similar workflow though I know that udmo mainly produces in a more meticulous fashion – working on everything single element and really composing the final product. I think Sleep D would do the same thing – they would jam on an idea and then really work hard on the recording to make sure it’s perfect.

R&M I’ve always struggled to understand how they create such a dynamic performance with only two of them on stage. There are so many elements happening simultaneously

AL They are both different ways to create music, live and recorded. 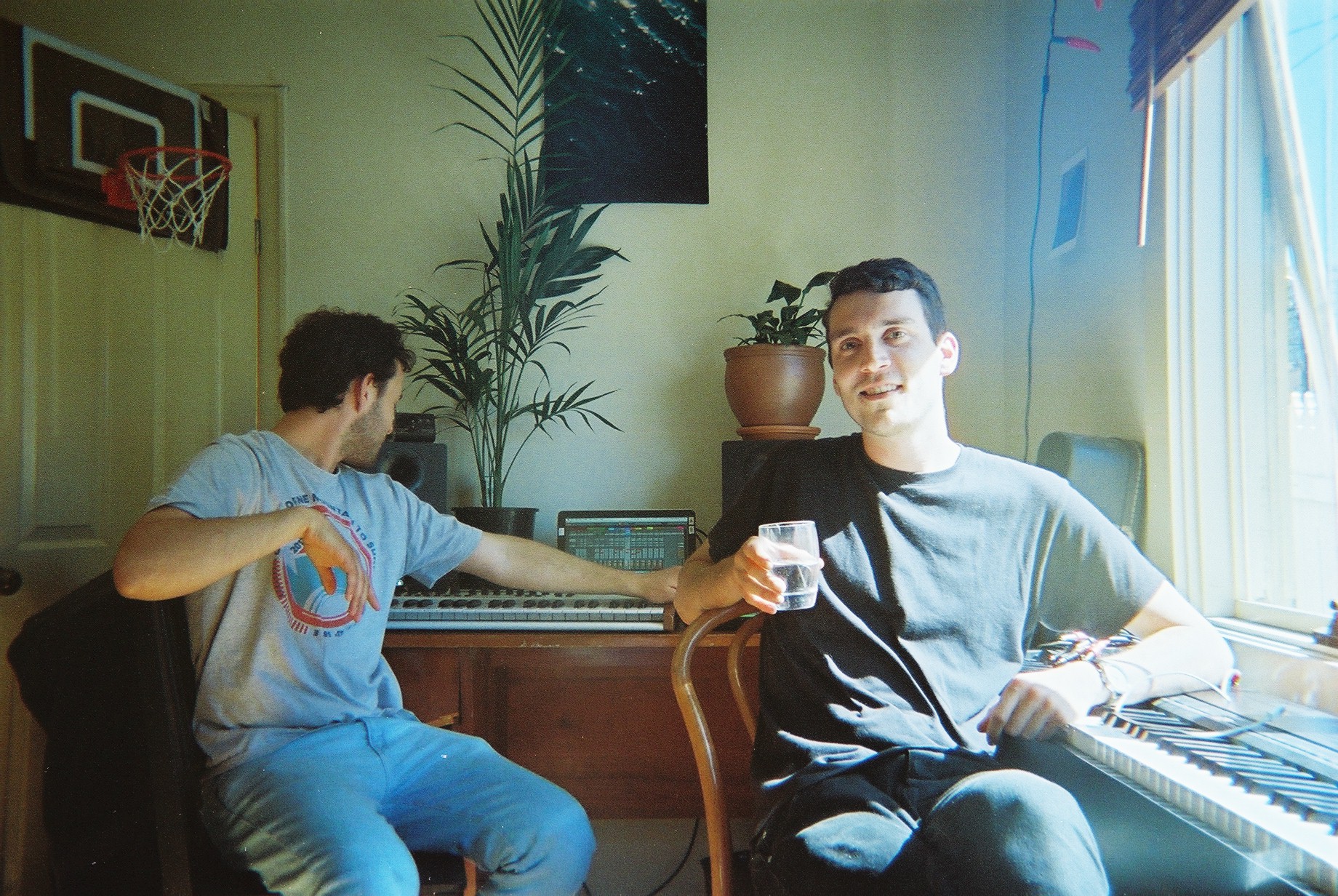 R&M How long have you guys been working together?

AL About 3 years. We work with Ableton and have our own individual ways of using it. Over the years we’ve used the same “project” and slowly tweaked it to the point that it is now. It would be nice to go back and have a look at the first time we played together and see how we’ve developed. I remember at the beginning we were using lots of drum loop and VST’s (Software synthesizers)

R&M why are you guys excited to play at off the grid?

AL (Sean) well I’m really excited to play because my mum lives really close, she pretty much lives on the street. she’ll almost be able to see us play from her building. it would be nice for her to watch it from her balcony drinking a glass of bubbly. Also because these outdoor events are so much fun

(Alex) After going to Sugar Mountain, I really wanted to play in that space. It’s an area that I really love – the gallery part of Melbourne and the wide open streets. There’s also a great lineup at Off the Grid!

R&M who are you most looking forward to seeing?

(Sean) I love Andee Frost. He’s one of my favourite DJ’s. Just watching him for his musical taste and attitude he has on stage. Oh and J’NETT also

R&M As a track for you guys what represents the sun or sunshine?

R&M hahahaha I guess you can’t have one without the other!

We start listening and the first lyrics chime in “No rain!”

R&M If electricity ran out for a week, how would you go about living? I think out of everyone we’ve asked this question to, you guys would be the most screwed musically…

AL (Alex) Yes, definitely. everything we use requires a lot of electricity.

R&M How would you get it?

AL (Alex) I’d find one with wheels. Though it would be really hard to figure out who’s got one for sale. Finding an offline marketplace.

AL (Sean) I practice on a real piano!

AL (Sean) You can get them for like, $30 on gumtree. Everyone wants to get rid of pianos. There were so many made.

R&M How do you get on gumtree without any internet?

R&M Do you have any tactics to lower your environmental footprint?

AL we ride our bikes a lot. We hate using our cars. We are both big cyclists

R&M Have you ever ridden with your synths?

AL Actually when we were playing at Lounge last week I walked in from Fitzroy. I’ll never do that again though. It was awful.

R&M So what’s your most positive memorable music experience then?

AL The first one that comes to mind was playing in Perth at this 42-year-old night club called “Connections” that fits 1,000 people under about 62 disco balls. The theme was NBN and they wheeled in some scaffolding for us to play on and put a pile of bricks in front with empty tins of Dulux!