We met up with Tornado Wallace to play basketball and drink coffee, and to see what he has to say about Off The Grid 2015:

Alike many of my acquaintances in life I met Lewie/Tornado Wallace at a bar, next to a pool table. It was also the night before the following interview. As we were being introduced by mutual friends I realised on the spot that before meeting we had already spent our afternoons emailing each other, organising where to take photos the next day.

The bar was busy. Meal orders were flying in, end-of-the-day wind-down drinks in every pair of hands, and the steak night specials were coming out to the punters so fast the door was continuously swinging on its hinges and never having a moment to fall still.

I had just won a game of pool. I started the next round thinking positivity was a tool that carries over.
‘I think positively helps,’ I said.
‘Nah,’ replied Lewie.
He wittingly let me know of his sometimes cynical nature to which I can relate. I then lost that game.

As new acquaintances usually do we swapped stories of our backgrounds, and a few recent ones too. One thing un-relatedly leading to the next. It turns out we both played basketball in high school. Shortly after I remembered we never actually got anywhere deciding where to go to for the interview.
‘Let’s go play basketball?’
And we agreed. Lewie left and went to another bar for dinner. 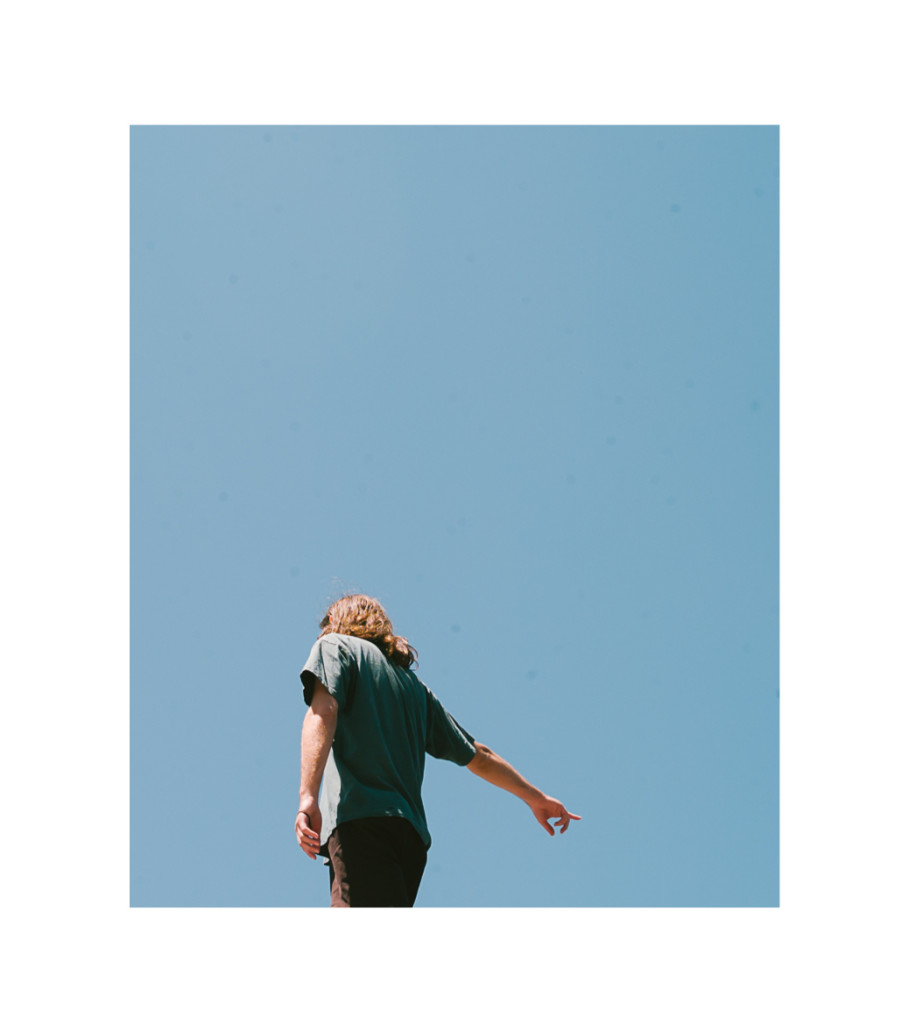 The following day we arrived at the court and the sky had not one cloud. The sun wasn’t too hot either and there was nobody playing ball. Two tradesmen wearing black sunglasses sat court-side and ate pies on a park bench in the shade. We both took shots and talked while they watched.
‘I saw Lebron James do this,’ Lewie said, showing me the motion. ‘Where he caught a pass in mid-air, took a shot and made it.’
So for ten minutes we tried to do the same.

After playing some more, and acknowledging that the half pipe at the skate park adjacent to us was far too high for comfort, we started on my questions for Off the Grid. We went and had some coffee where the waiters spoke broken Italian. Pointing out that the longevity of panettone cake makes it food worthy of the end of the world when there is nothing else left.

A QnA with Tornado Wallace:

J: Happy to be back in Australia?

TW: As is always the way, I found that I was just finally getting into the swing of things in Berlin before coming back to Australia for this elongated tour. So although it’s super nice seeing family and friends and being in nicer weather, I do have some restlessness about being away from my new home and studio.

J: What have you been up to? Any must-do’s while you visit?

TW: There have been a couple of pubs and cafes I’ve been wanting to return to for nostalgias sake. Otherwise I’m just going to try and make the most of the weather and the good life. Maybe go to the bush or the beach if I find the time. I should also go to my dentist as it’s been a few years.

J: Can a party transform a city?

TW: Well I’m a cynical dude, and being very closely involved in parties for over a decade has led me to the impression that parties are reserved for mindless hedonism and excessive self-indulgence – traits of which are generally only transformative to one’s health, as it certainly has been to mine – but the world is at a point where a lot of cultural norms have to be readjusted, so I can’t see why parties should be excluded. Colour me jaded, but intrigued.

J: Is there anything you can think of that has become a day-to-day habit of yours, helping the world transition to self-sufficiency?

TW: As I move around a lot I don’t like to have too many possessions as they end up making things difficult in the long run, so I avoid general consumerism. Plus there’s something soothing about owning less. Clean house, clear mind. The only exception to this is records, which I take endless pleasure in finding more and more of. I also cut meat out of my diet at the start of the year after deciding to finally act on the accumulated knowledge from various documentaries, articles and discussions with friends, of the hateful way the meat industry treats animals the world.

J: Who are you excited to listen to at the festival?

TW: The Waxo Paradiso lads always bring the good times and I’ve never seen Sui Zhen do her thing solo, but overall the line up seems to consist of a bunch of mates having a bit of fun in the sun, and that’s what it’s all about isn’t it?