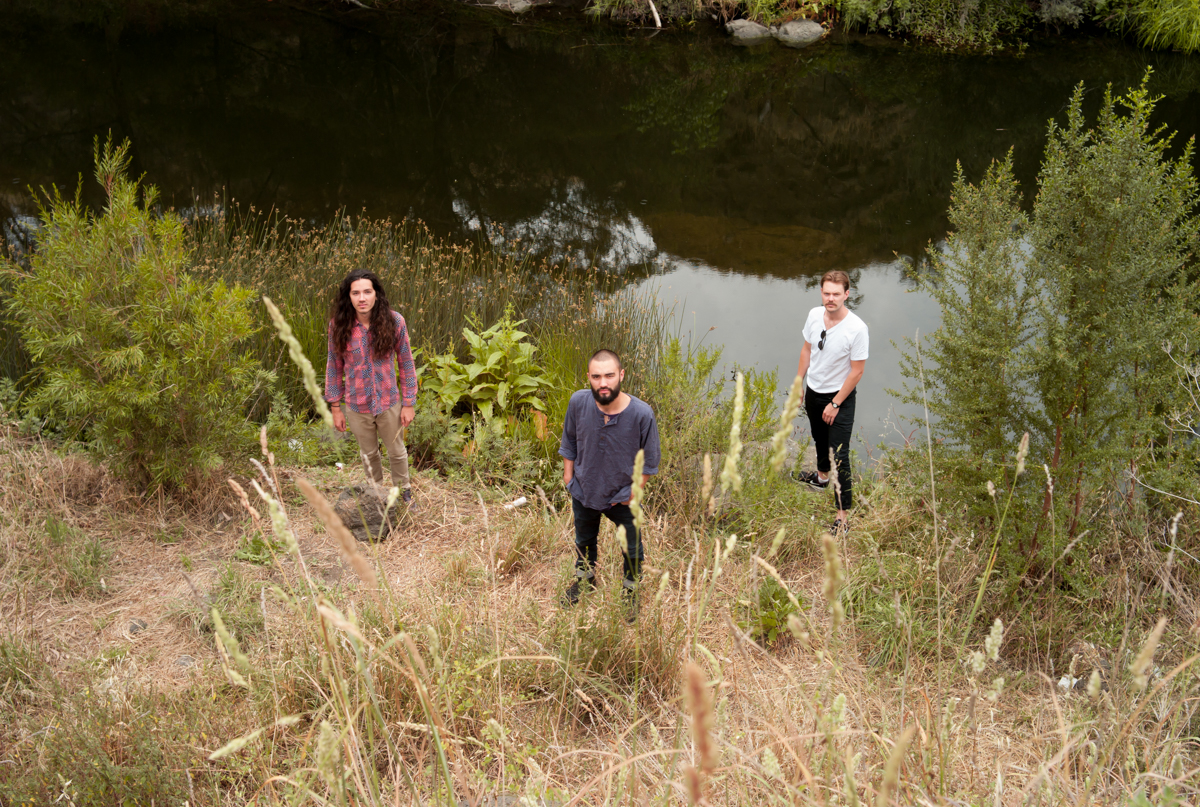 “If we’re expressing ourselves more consciously on the weekends then maybe that will translate to our every-day lives as well.”
-Edd Fisher

We walked around the tall grass by the creek next to where Wax’o Paradiso had thrown a park party the year before. I was sitting on the hill thinking of questions to ask them as they had their photos taken. They were talking as they usually would when a tiger snake came out of the grass of the creek-bed and slithered into the water. Somebody screamed, I’m not sure who. I hadn’t seen the snake from where I sat. Only the ripples after, made by its swim. It didn’t take long for them to move back up the hill. A ranger was there too. He said there was another tiger snake somewhere in the tall grass right behind where they stood next. We moved on and headed to an open place, without any grass, to talk all things Off the Grid.

Edd Fisher, Andy Hart and Simon TK make Wax’o Paradiso, the ever-busy trio playing at Off the Grid 2015. What is different about their involvement to the other artists, however, is that Edd is the one responsible for bringing the music together.

“So how did you gravitate towards Off the Grid?” I asked.
“Ross (Finding Infinity’s founder) and I met 3 years ago… and ever since then he’s wanted to do this,” he replied, “then finally this year Ross said ‘this is it, gotta do it now, stop mucking around… can you help?’ …The whole thing changed a lot. Because first it was going to be a laneway party, there was going to be 500 people, then it was going to be something else. A lot of new people along the way. Like getting Bryce Lawrence involved. Ross said, ‘I need a production dude, somebody to manage all the event organising stuff,’ so I said why don’t you get Bryce Lawrence. And now it has grown into this big thing… Very naturally.” This festival is a party to transform Melbourne’s use of energy from within. Even the organisers have come together through their mutual connections, ideas, beliefs and the willingness to make change happen in the face of many obstacles. The difference is that Off the Grid will work with the existing system to create this change. And the music of Off the Grid is no exception.

“The music selection somewhat represents the diversity of Melbourne’s electronic music scene, is that something you had in mind?” I questioned.
Edd said to me, “what we wanted to do was to keep it quite small, mostly people that we knew, and friends.” But the scope of the event had grown. “So the idea behind the line-up was trying to juggle keeping it authentic in terms of music that I or my friends would want to listen to,” and on the other hand, engaging with the business side of music.

This is another example of the approach Off the Grid has. And what it is trying to achieve – authenticity combined with plausibility to create meaningful change. Even the curation adheres to the music industry’s norms.
It is “also trying to reach a wide demographic,” Edd added. Building a future for the entire city, not just targeting one scene, or influencing one niche.

I turned to the other members of Wax’o, knowing that they aren’t as involved in Off the Grid as Edd, to hear what they thought of the festival.
“What do you know about Off the Grid as it is?” I asked
“Not much,” replied Andy, “ I wasn’t even going to be here.”
Simon then replied, “I first heard about it, and was really quite interested, when Ross did some parallel parties across the world – Mexico and London, sunset and sunrise, something at the same time. And sustainable as well. It’s pretty special.”

“So this is going to be a self-sufficient festival, and aiming for zero waste,” I said. Giving a brief summary of Off the Grid to Andy and Simon. I questioned, “you guys are involved in a lot of parties obviously, is this something that you can see spreading to other parties?”
Andy replied, “I think society is heading in that direction generally, anyways. So it’s going to become more of a social consensus outside of just parties.” He had mentioned that he didn’t know much about the festival beforehand. But he sees what Finding Infinity sees regardless. The world is transitioning and it is inevitable.

Edd continued, “Its definitely something we’ve been conscious of. In most of the venues we use, we’re not using plastic cups and things like that. But when you’re throwing parties in unique spaces and aiming for zero waste, it’s not easy.” Everyone agreed. “Hopefully this sets a precedent for how it can be done because I don’t think a lot of people have thought about how it can be done yet, or what the best way to do it is.”

Wax’o Paradiso are also conscious of what they consume day-to-day. “I don’t eat meat from the supermarket, and I don’t eat meat from any kind of restaurant that isn’t of high quality,” Andy said. To them and I the ideas of a self-sufficient world are already spreading. But Off the Grid is trying to speed up the transfer and is using music to do so.

Edd noted, “I like to have Becky (Sui Zhen), and Martha (Banoffee), because they have the ability to socially comment on things (through their lyrics).”
“So this festival still has the capability to transmit a message through music because of artists like that?” I asked.
“Yes.” 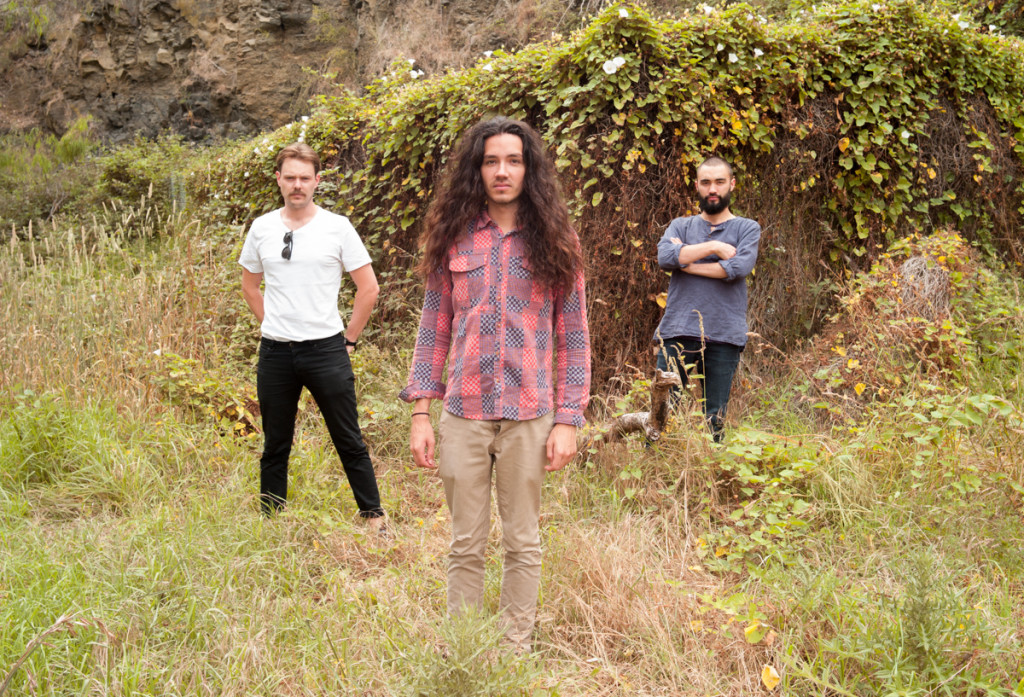