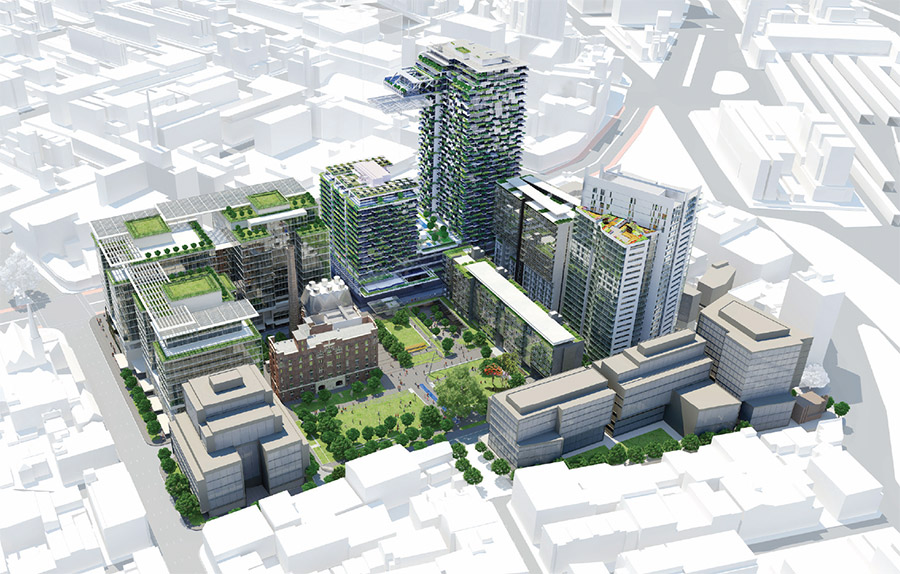 Stylishly embedded within Sydney’s bustling inner city suburb of Chippendale, Central Park Sydney is a statement for the future of intelligent, large-scale design in Australia. City block infrastructure and self-sufficiency master planning were developed. The brief targeted water neutrality, 100% renewable energy and zero waste, and although not quite fulfilling the dream the final result certainly pushed beyond the expected and left minimum compliance behind. 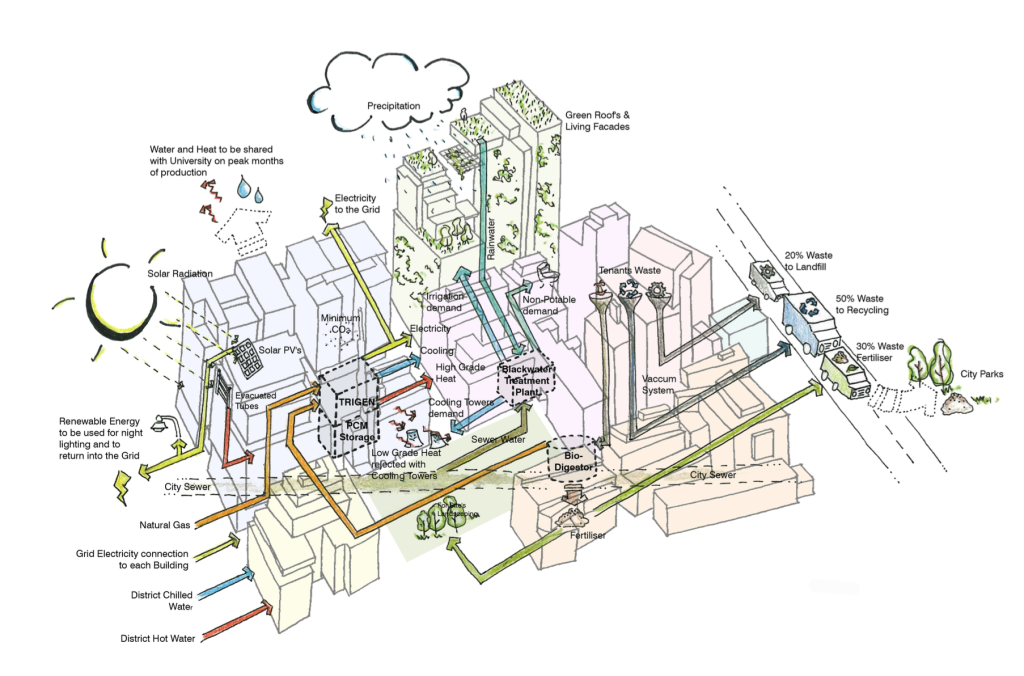 This project mindfully recycled 95% of all construction materials including demolition; it has a 1ML a day black-water treatment plant, and a trigeneration plant with a district heating and cooling loop. In addition, water neutrality was achieved by exporting the same amount of treated water as the potable water imported from the grid. The modernistic, green exterior successfully transfixes the viewer as the 5MW cogeneration plant works unnoticeably to reduce the carbon emissions of the site by approximately 60%.